We harness the technology of nature

Habitat is focused on innovative, sustainable agriculture technology that is environmentally thoughtful and economically sound. 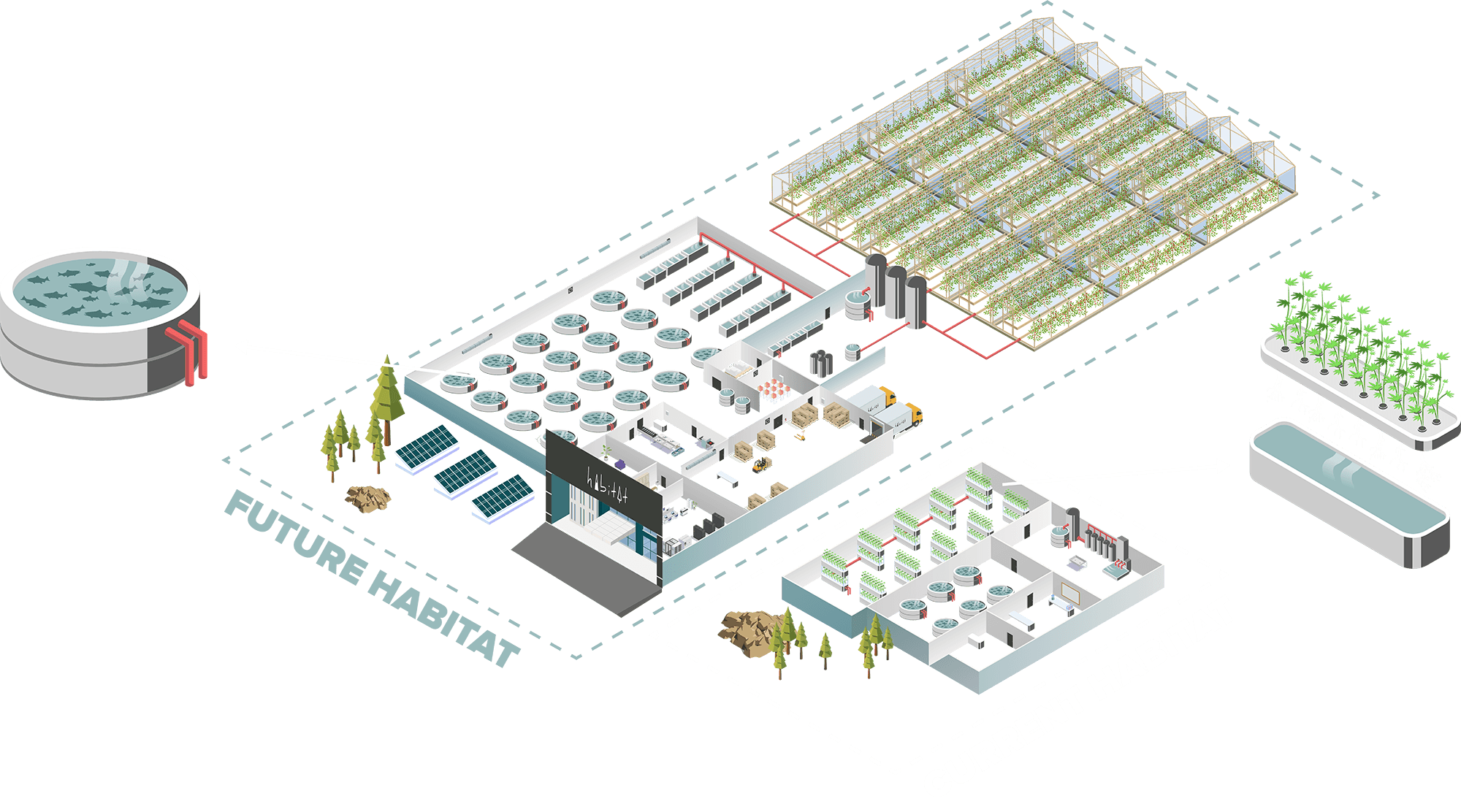 While the concepts of both commercial aquaculture and hydroponics have long been understood, the ability to control the biological pathways between these two farm technologies in a commercial, scalable and profitable approach has not existed.

Habitat has developed both sides of the aquaponics equation offering seamless integration of its Recirculating Aquaculture System (RAS) to existing and future greenhouse infrastructure through the utilization of a hydroponics subset called Deep Water Culture (DWC) systems.

This process is described below.

Coho salmon are fed and generate waste in tanks

Our coho salmon are provided a certified organic feed and produce waste in return. We have designed this indoor ecosystem to not only preserve water resources but also to ensure that our water quality and fish health are never compromised.

Water is pumped to plant beds where plants receive the fertilizer

The high nutrient liquid stream created in the previous step is now pumped to the deep water culture beds where plant roots are suspended. The plants then take up the fertilizer and oxygen in the water enabling them to vigorously grow.

Our entire food and cannabis production process is carbon neutral as the excess CO₂ emissions of the RAS system are captured and fully absorbed by the plants growing in our deep water culture system.

Clean water is captured via transpiration and re-used

Water is captured from the transpiring plants and used as input for the RAS system. Our growing practices and technology enables us to use a minimal amount of resources, recycling as much as 99% of the water used throughout our entire operation.

When compared to traditional agricultural and greenhouse operations, Habitat’s processes of combining RAS with DWC offers a horticulture solution that increases food production per acre of land, conserves water, replaces the use of chemical fertilizers, and replaces the use of both capital and resource intensive potting soils. The end result is certified organic coho salmon, produce, and cannabis all produced with a minimal carbon footprint and impact on the environment.

Stay informed with our newsletter